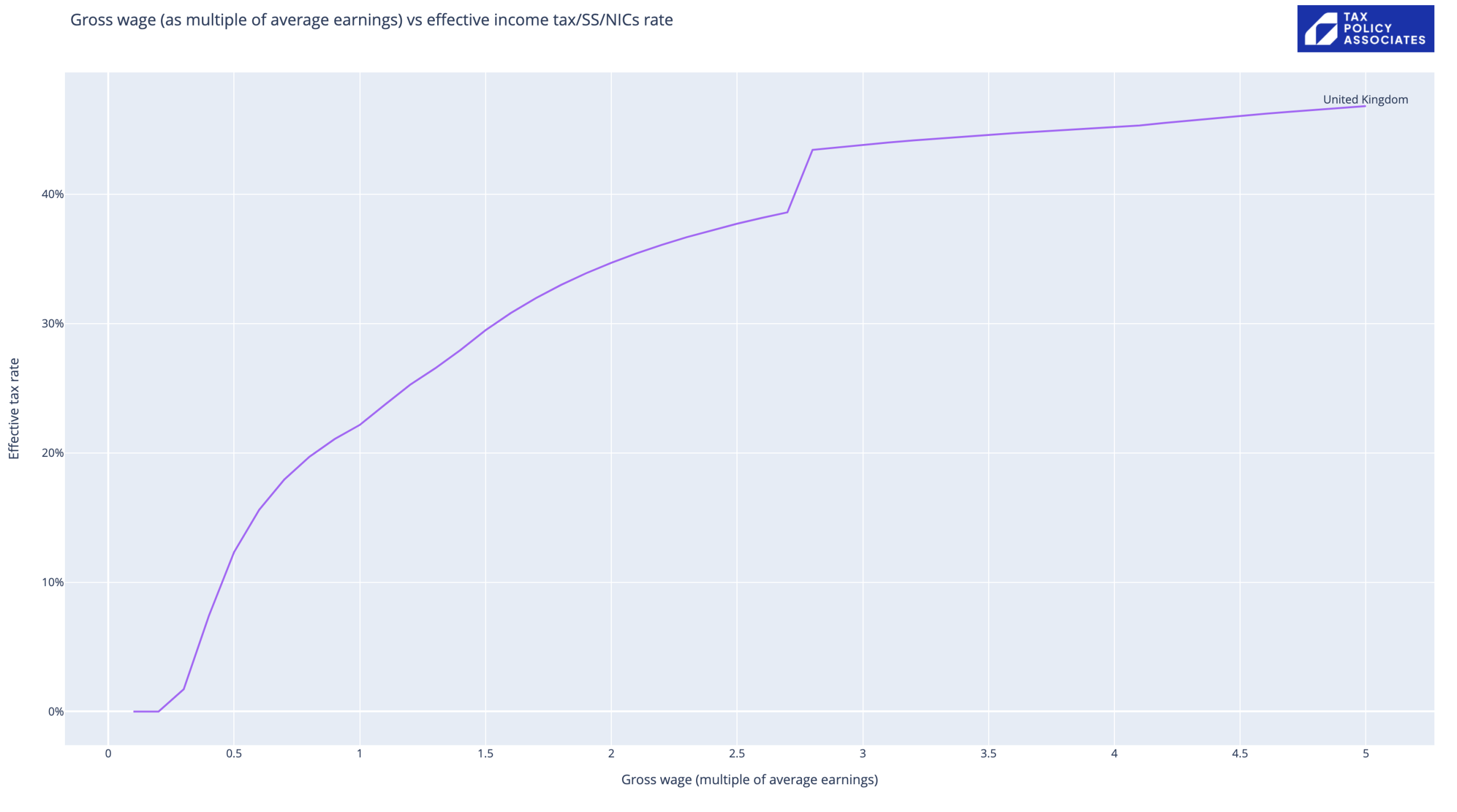 How much tax do we actually pay on our wages?

That’s not an easy question.

Take all that together, and of the average UK wage of £37k, the total tax (sometimes called the “tax wedge”) is 22%.

How does the rate change as incomes increase? The chart at the top of this post looks at income vs tax wedge, measuring income as a multiple of the average wage (thanks to a little bit of python). Caveats below.

Obvious points: looks like a nicely progressive upwards curve until we hit £100k, at which point the personal allowance starts to be withdrawn and the curve kinks upwards way too steeply. Then eventually the curve trends towards the eventual marginal rate of 47% (45% income tax plus 2% national insurance).

How does this compare with other countries? Thanks to the wonderful OECD tax database and that bit of python, we can say it looks like this: (caveats caveats caveats below).

Obvious conclusion: until you get to quite high incomes (almost twice average) the UK taxes income less than any comparable country, with only a few small countries/tax havens taxing less. I haven’t cherry-picked the comparisons here – if you click on the chart you can play around, clicking on different countries to hide/reveal them.

What about high earners? That’s clearer if we re-run the code to go up to 20x average incomes (which in the UK equates to about the top 1% of earners):

The UK (purple line again) tracks lower than most of Europe, but (surprisingly) shows a higher effective rate of tax on high incomes than Germany or Spain. Way less than Belgium, France, Sweden.

There are political conclusions from both charts I will blog about another time.

Now the extensive, but probably incomplete, list of caveats:

10 thoughts on “How much tax do we actually pay on our wages?”